Sevilla, SPAIN – where to start? Happiness fills my heart just thinking about this southern Andalucian gem. Home to the Giralda, Plaza de España, Feria de Abril, and of course flamenco, Sevilla is my top destination for anyone looking to experience a local Spanish adventure.

Lonely Planet must think so too because Sevilla was just named as the #1 place to visit in 2018. Check out their video below! 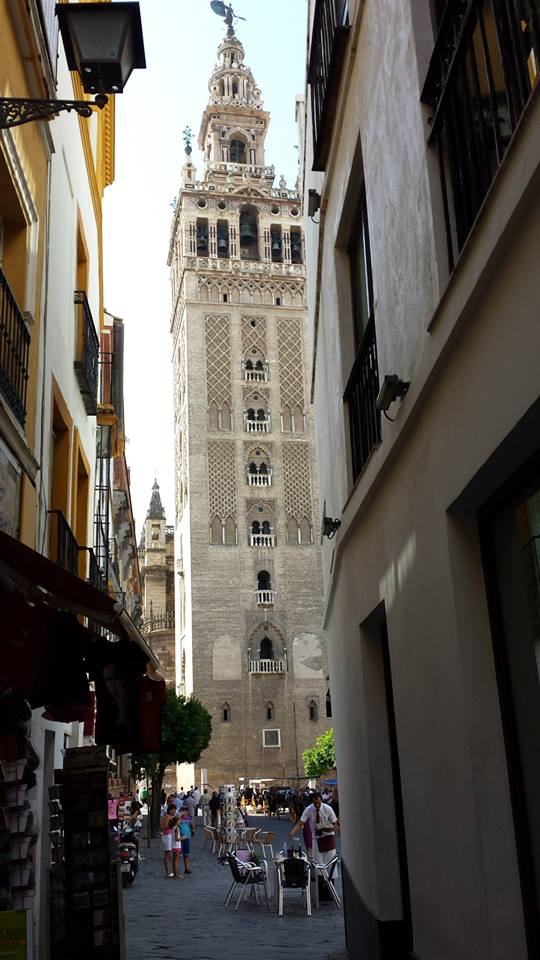 STAY
EME Catedral Hotel – boutique hotel located across from Sevilla’s cathedral with stunning rooftop views. The vibe is similar to the W Hotel with trendy tropical music playing throughout. The nightlife scene is full blown so expect to stay out late like the Spanish. Tip: Book a superior room and get a view of the famous Giralda.

Alfonso XIII – 5 star luxury located next to the Universidad de Sevilla in the popular Santa Cruz neighborhood. At 350€ a night, you will feel like Spanish royalty. Out of the budget? No problem, enjoy a cocktail at their Bar Americano even if your not a guest. This is also FC Barcelona’s hotel of choice, so you may catch a glimpse of Messi (if you’re lucky).

Fernando III – great 4 star hotel at an affordable price. We headed to the rooftop pool during siesta to recharged for the night. If you prefer to hit the sheets early, this hotel offers quiet family friendly rooms.

Los Coloniales – a local favorite where tapas will run you 2-3€ each.

Bodega Santa Cruz Los Coloniales – the bartender writes your order on the bar in front of you – makes asking for “la cuenta” easy! It’s a cheap, good authentic tapas, located in the heart of the Santa Cruz district.

Bar Carmela – This is our top pick for breakfast and it’s just steps away from Fernando III hotel. Order half your tostada with jamon and the other half with salmorejo. Pair with a cortado and you’re ready for the day!

Churreria Los Especiales – you’ll find this churro stand just before crossing the Triana Bridge. It doesn’t open until after siesta because the Spanish eat churros after a night on the town. Order the larger, more doughy, “porras” for optimal dipping into the thick hot chocolate.

Helados Rayas – the best ice cream in Sevilla! Huge selection of flavors, perfect way to cool off in the summer months.

Plaza de España + Maria Luisa Park – build for the Ibero-American expo in 1928, this plaza is #1 in my book. Walk around the walls to find tiled nooks dedicated to each of the Spanish provinces. Horse drawn carriages will take you for a “paseo” or ride around the park for about 50€. Fun fact: it served as a shoot location for the Star Wars.

The Cathedral of Seville + Giralda – the largest Gothic Cathedral in the world! Climb the 34 story ramp to the top of the formerly Muslim, Giralda, which was which was converted into a bell tower for the cathedral after the Reconquista. Christopher Columbus is also rumored to be buried here. Make this one of your first stops and set your bearings from the top of the Giralda and get sweeping views of the city!

Real Alcazar – the mecca for mudejar style architecture, this royal palace was originally designed by the Muslim Moorish Kings. It is still used today as the official residence of the Spanish royal family. You may recognize the courtyards from scenes in the Game of Thrones. 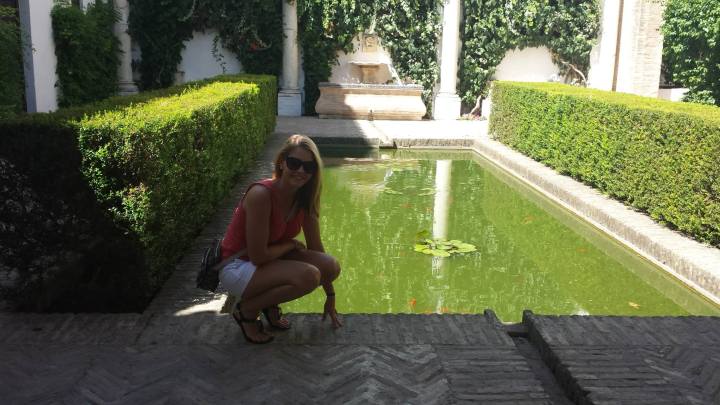 La Carboneria – authentic flamenco enjoyed by locals, some tourists have also discovered this free show. It’s an intimate venue, so get there early to get a good view of the dancer’s feet. Sip on a glass of tinto and rub elbow with the neighborhood sevillanos.

Feria de Abril = the absolute best time to visit Sevilla! Just make sure to plan accordingly because Sevilla Fair is a big deal. The festivities usually kick off two weeks after la Semana Santa and is a week long celebration of dancing sevillanas, eating pescaito frito, and drinking too much rebujito (typical Andalucian cocktail that mixes Sherry with Sprite). Girls dress up in their traditional “trajes” or Spanish style dresses, while the guys wear their best suits. Majority of the “casitas” are private, only allowing entrance to close friends and family. There are a few public tents that tourists can enter. In 2018, it will take place in April 17-22.

Semana Santa – the most famous celebration of the Holy Week in the world. Unless you are specifically traveling to see the parade, I would recommend visiting Spain at another time. The city completely transforms as restaurants close and there are thousands of people in the streets.

DAY TRIPS TO THE SPANISH COAST

Matalascañas – This local beach is just 2 hours away by bus from Sevilla and will cost you only 6€. Eat at the chiringuito Restaurante Los Pepes for the best paella + Alhambra beer on the beach.

Cadiz – just a bit further from Sevilla you will find clearer waters. Cadiz is also used as the Spanish port and where you’ll depart if taking the ferry to Morocco.

So do yourself and plan a trip to Sevilla…I promise you won’t be disappointed (and don’t forget to invite me!)

We’re Brittany and Dmitriy – a Latina at heart and a Manchester United obsessed Ukrainian living in the U.S. who fien for travel. After helping plan several trips for our family and friends, we have decided to share our journey through the world – one country at a time.

Tarmacs and Tequila combines a life of travel and living on the runway (hence: Tarmacs) with our favorite spirit (Tequila, of course). We sip, celebrate, and often book spontaneous trips thanks to this precious Mexican liquid gold.